"It is interesting to see what would have happened in the Bayne case, had their case been in criminal instead of family court. Of course it did not get into criminal court because of lack of evidence. When the police investigate a case, they look at the evidence and by that they mean the hard, provable factual evidence. If when the case is reviewed, an investigating constable reviews the case together with a superior. They may decide, and I believe this happened in the Bayne case, that there is insufficient evidence to take to the prosecutor." 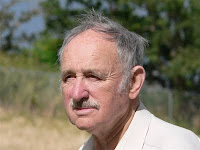 That paragraph and the rest of today's post is written by Ray Ferris, an occasional GPS post writer. Ray speaks from 31 years service in child welfare and protection as a social worker and district supervisor and family court coordinator. Ray is the author of 'The Art of Child Protection'.

Whichever way, there are always certain safeguards built in to protect the rights of the accused. 1. There is a presumption of innocence until proven guilty. 2. There is a right to silence and silence may not be construed as an admission of guilt. 3. The prosecution must disclose all relevant evidence within a reasonable time. 4. If the trial is not held within a reasonable time, the judge may dismiss the case because of undue delay. The principle that justice delayed is justice denied. 5. The rules of evidence must be strictly followed. Hearsay and anecdotal evidence are not allowed. 6. Expert opinion is allowed, subject to expertise being validated. 7. The law must be followed carefully and this includes the various acts governing evidence and procedures. Moreover police and prosecution are not allowed to harass or intimidate the accused, or to try to pressure them into false confessions, or to blackmail them into expedient plea bargains.

Now contrast this with family court.

Family court is a zoo at the best of times, but with child protection cases it seems to be more like a jungle. Gone are all the safeguards of criminal court. You see, in child protection court, nobody is actually being charged with anything, because no crime has been committed. So with no crime, there is no presumption of innocence or guilt. What happens is that the director lays a complaint that a child or children are at risk and in need of protection because of the actions, or negligence of the parents. There does not need to be a jot of factual evidence. The only thing that is done promptly is that a court report must be filed within seven days of admission to care. The report does not have to have any statement of factual evidence and in fact it matters little what is on it. It can be complete conjectural nonsense, or as vague as you like and the court will accept it without question. Parents have no opportunity to challenge it and very little opportunity to even discuss access. In fact it can be a year or two or more, before they have any opportunity to challenge the director. There can be some nasty twists in a case. When the director lays a complaint on the grounds of deliberate injury to a child, as is the case with shaken baby, it is much more than a claim of risk. Not at all. An allegation of shaken baby, or any other non-accidental injury, is almost the same as accusing the parent of a crime. The crime is inferred and it does not matter a jot if the police have investigated and cleared the family. A finding of non-accidental injury by a judge is as good as finding the parent guilty of a crime without the protections of criminal court. As far as the director is concerned it is the same as an assumption of guilt until proven innocent. Silence is an admission of guilt and so is any failure to attend meetings with the ministry where the social workers engage in coercive interviewing in order to try to manufacture a bit more evidence.

In criminal court any out of court negotiations take place between counsels for the defense and the prosecution. They are on an equal footing, even if there is compelling evidence. Many things can be taken into consideration. There can be an agreement to accept a lesser verdict in return for a reduced penalty. The prosecution may worry that a serious crime may be dismissed because of undue delay and may be ready to make concessions. These will be genuine negotiations with mutual benefit in mind.

Contrast this with dealing with the director's representatives. Mediation can be forced upon parents because it is in the law. Parents can be intimidated into accepting mediation, because there is a presumption of "guilt" if they fail to comply. In the mediation process the ministry has all the power and holds the whip handle. Parents can be pressured to admit fault. In the Bayne case, they must admit deliberately injuring the child or "they cannot move on." Vague, coercive and manipulative terminology is used with no need for any supportive facts. The courts condone all this and back up the ministry all the way. If the director decides after a year or two that his case is too weak to proceed, all he or she has to do is to withdraw the complaint, secure in the knowledge that the judge will rubberstamp it. I only ever once saw a judge overrule the director."

Thanks to Ray Ferris for today's post.
Posted by Ron at 12:01 AM

I encourage your comments using this filter.
1. Write politely with a sincere statement, valid question, justifiable comment.
2. Engage with the blog post or a previous comment whether you agree or disagree.
3. Avoid hate, profanity, name calling, character attack, slander and threats, particularly when using specific names.
4. Do not advertise