MS. PALMATER'S ARTICLE: WHY WE ARE IDLE NO MORE

WE ARE IDLE NO MORE
Even a cursory review of this particular article provides essentials to understanding what is a centuries old contest coming to yet another assertive and perhaps crowning moment. It is unmistakably resonant of the peaceful marches decades ago in the United States as the African American community articulated its solidarity with millions of marchers. Equal rights and opportunities transformed all areas of American life, government, sports, education and entertainment. Perhaps the steadfastness of First Nations will have an outcome that honours them and uses their lands and resources in ways that benefit Canada for everyone living and generations to come.
The Ottawa Citizen’s article entitled ‘WHY WE ARE IDLE NO MORE,’ written by Pamela Palmater is commendably and methodically rendered for a short piece and my cursory extractions and re-arrangement have been my own informative exercise. Reading Ms. Palmater’s material, processing it, writing down thoughts for my own sake, has made me more sensitive to the heart of First Nations peoples . Now I have not heard the government’s case(s) but I have a sense that it cannot be as compelling because I suspect it will be defensive and will have to be all about money. (Credit: If I have not made it clear enough, every fact, idea, opinion and concept expressed below is not original with me but appreciated from Ms. Palmater’ work.
Read more »
Posted by Ron at 5:40 PM No comments:

IT STINKS - TWO CHRISTMASES AWAY FROM HER BROTHERS 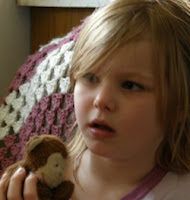 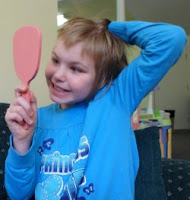 Bureaucratic Red Tape or Ministry Protocol are the only reasons that the Ministry of Children and Family Development’s regional office in charge of Ayn Van Dyk’s case can present for not insuring that she was at her family home for Christmas this year rather than in the foster home where she has received care for almost all of the nineteen months she has been removed from her biological father’s custodial care. Neither of these reasons is justifiable from anything but a clinical position but certainly not from a compassionate and humanitarian position.

Court proceedings dragged on for 4 years

Ministry disregarded legal advice to return seized children: document
Surrey parents fight for return of 3 seized children
P.O.V. | Should governments enforce limits on how long children can be kept in temporary care?
GO PUBLIC: Submit your story on another topic

A couple whose children were removed from their home and eventually returned say the B.C. government caused needless suffering by keeping the family apart for almost four years.
“It’s going to take a lot of healing,” said Zabeth Bayne, mother of the four children. "There’s a lot of pain that gradually we have to deal with, and as a family."

THE BAYNES AT CHRISTMAS 2012

The Bayne Family have sent a 2012 Christmas greeting. You may know that they have a serious Christian faith that sustained them through their four year long ordeal. Christmas means a lot to them because it commemorates the birth of their Saviour Jesus Christ. This is reflected in their remarks.

We have academically agreed that both state and family have roles and bear responsibility. What is the appropriate role of family within a free and democratic society? What is the appropriate role of the government with respect to families? The questions are multi-faceted because of our numerous divisions of governance, local, federal and provincial, and our legal systems and law enforcement.

Tensions subsist within our government and the sectors that comprise it when it comes to converting theory into practice. The discussions surrounding these questions has become increasingly louder with each questionable and contested administration of government intervention into family affairs.

What humanity is capable of doing to its own kind is repulsive. Fear and hatred affect human action so profoundly that each day threatens to outdo the last with media headlines. Human history is a lengthy saga of acrimony and brutality interrupted intermittently by noteworthy compassion. Unaided, humanity does not and cannot self-improve. 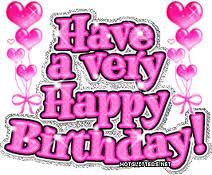 Ayn has been in government custody for over 18 months. She will soon becoming home  as an agreement has been struck between MCFD and Derek Hoare (Ayn's father). The return may take two months, so she just as last year she celebrates her birthday away from home. The heartache may soon end and the family will be together.

I wondered when the story would be released to news agencies. Derek has spoken with Vikki Hopes of the Abbotsford News. Here is her account.

Last week, they signed an agreement to do so, just three days before the trial on the matter was to begin.

MEDIA HAVE HELPED IN THE PAST AND MAY AGAIN 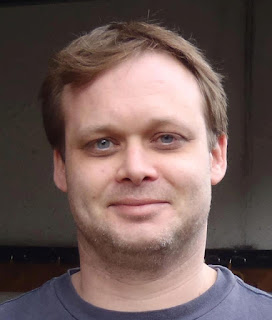 Since we have learned that Ayn will be coming home to her family, the media is asking for opportunity to consult with Derek Hoare. None of us know full details of the agreement that has been reached with the Ministry of Children and Family Development. When the return is imminent and when Derek is ready, I am sure that he will make himself available to release information. There are some comments from Derek on Ayn's Facebook Page which is open to anyone. Let me remind all of you of the good coverage that some news journalists provided to Derek in the early weeks of this now 18 month ordeal.

USE OF AN AUTISM EXPERT TO BRING AYN HOME 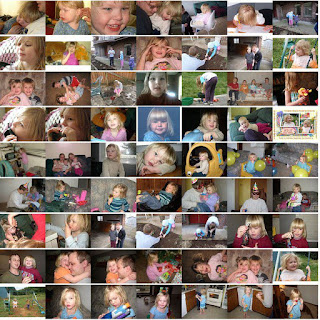 Now that we have heard the good news that Derek Hoare’s daughter Ayn will be returned to him, let’s process some further information from Derek. The return comes from an agreement reached between Derek and the Ministry of Children and Family Development. The precise timing of her return has not yet been disclosed to us, and I am gathering has not been finalized.


Derek chose to write some details today that help to explain the nature of the agreement that has been reached. He has told supporters that over a year ago in Sept 2011, he offered to MCFD, three possible ways to overcome the issue of visitation with the Ministry. The reference to visitation concerns his conviction that he must refuse to personally visit his daughter because it would adversely affect her, confuse her, and perhaps destroy her trust in him were he to leave and do this repeatedly.

His first suggestion was to put someone to live in his home to monitor the situation. (MCFD refused since this is not within their mandate);

A second suggestion was to consult an autism expert (MCFD refused to be bound by an expert’s recommendations);

The third way was to give Derek a fixed return date so he could explain to Ayn when she would be coming home. (This was initially accepted with a return time of 4 months but 3 days later MCFD changed its mind and the idea was rejected).

The present agreement was reached on the 30th of November and confirmed on the 4th of December. The agreement employs one of Derek’s original suggestions, that is, to enlist the help of an autism expert.

Derek reminded supporters that near the end of 2011 there was a search of suitable experts for Ayn because at that time she had not yet seen an autism specialist and the government had already had her for six months. Derek then began to consult with a prominent British Columbia doctor because that professional’s experience with autistic children and philosophy with regard to therapeutic treatment is both observant and inspiring. Derek sought to enlist this person’s service for his child. Well, wouldn’t you know it, now when an agreement has been reached, it is this expert that both parties, Derek and MCFD have become willing to trust to facilitate the process for returning Ayn to her dad and family.

Derek assures us that there are no other ‘strings’ attached and both parties have agreed to defer to this expert with regard to Ayn’s need for continued medication treatment once she returns to Derek. It is understood by all players that Derek’s preference and intention will be to remove Ayn from those medications that she has received while in MCFD care.

He says that the only obligations or provisos placed upon him are 1) that he use the services which have been sought together; 2) that he consent to the release of information to the Ministry regarding his progress with the latter condition. 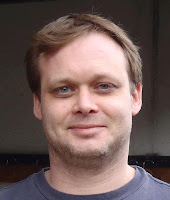 Derek told us this week that his daughter Ayn, an autistic child of ten, will at last be permitted to come home to him.

Just yesterday, he wrote this to all his supporters. “Thank you for all the warm thoughts everyone, it is definitely a relief to be drawing so close to an end of this entire ordeal. Upon hearing this news I too was overcome with emotion and cannot even begin to describe how it felt to hear those words. Elation to say the least. Let me address some of the individual comments so as to avoid any speculation.”

THIS IS FANTASTIC NEWS. 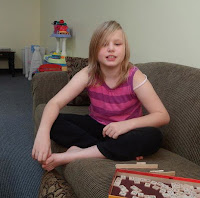 
i have some big news, which will be difficult to explain in a single post, i will get online this weekend to elaborate. Ready... Ayn is coming home! an agreement was signed on tuesday for her return. it is a sect 60 agreement with no finding of a need for protection. i cannot explain the flood of emotions we are experiencing. i am ofcourse elated and will come online in a day or two, i'm tediously typing this on my phone but will spend much more time when i come on. Thank you so very much everyone.