PART 3 OF 3, DEREK IS A RESPONSIBLE DAD 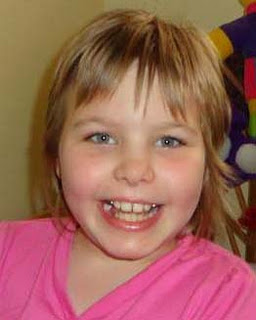 Ayn’s parents were given notice some weeks ago that Ayn would be reintroduced to her family and the speculation was that it would be within three months. That was very exciting for them and for the army of arm-chair advocates like myself. Many Facebook allies have boarded this campaign of sympathy, fueled by angst over what is perceived as injustice. That has been enough to keep several thousand online contacts reading and writing messages of all kinds. Amie and Derek don’t communicate much to us online any more. Derek certainly was vocal when Ayn was first apprehended. Over time, he became less forthcoming, and we were given to understand at times this was because of business of day-to-day tasks, and needed time to prepare his written appeals. Others wondered whether he had been compelled to silence with threats by MCFD but there was no substantiation of that. We don’t really need to know.

Derek is a responsible dad. He looks after his two sons well enough. One of them is autistic. I have observed the high comfort level that this boy has with his father. All have adjusted to their lives together. I am confidant that’s the way it was when Ayn lived there as well. The Ministry did not seize his two sons. That’s because there was no hint of neglect or abuse or ineffectiveness in parenting. Ayn’s school certainly found her to be a challenge. If the MCFD receives the suggestion that perhaps a parent cannot handle the responsibilities of parenting a child, it will investigate. This investigation did not approach due diligence. Ayn was removed by MCFD from her school without her custodial parent being present. This is likely a case that MCFD would like to redo, but then again, why? MCFD employees and supervisors have a virtual no-accountability clause underwritten to all their cases. Nevertheless, this is bad example of casework, not that social workers have been unkind or foster care was negligent. No, this is rather, an illustration of administrative, bureaucratic officialdom and its protocol impeding common sense. An eighteen-month detention of an innocent child with a disorder for which neither she nor her dad can be responsible is despicable. If an attempt to justify this action, includes seeking without parental approval to determine by experimentation whether there are chemicals that can control and or assist the child’s behaviour, that is heavy-handed big brother-ish conduct. However, MCFD has the authority here, and watchdog Ms. Turpel-Lafond will not step into this situation. The best Derek can do is be patient. Be as co-operative as it is possible to be. 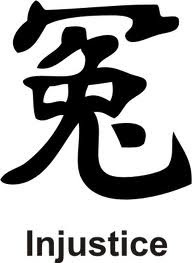 Part 2 of 3, MOM AND DAUGHTER AT HOME VISITS 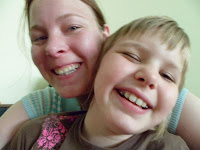 Aime has visited Ayn during this lengthy absence. Derek has not, and with carefully considered statements he has explained his relationship with his daughter, her implicit trust of him, her expectation that if he shows up she will expect he is taking her home and be negatively impacted if he walks away. That may certainly have been true for the first months following her removal. One wonders what emotional distance may have developed for Ayn as she has lived with foster parents who by all reports have done a commendable job with the child.

Last week Amie enjoyed her second day-time visit with her daughter Ayn in Amie’s house. All visits prior to these last two have been in a facility arranged by Ministry of Children. Amie was very pleased with both visits and Ayn seemed to appreciate this freedom and intimacy as well. This is an important step for a small girl who has been away from her family home for eighteen months. It’s like a re-entry of sorts. Amie tells us about the visits in the paragraphs below.

Part 1 of 3, A BRIEF EMOTIONAL FLASHBACK

Amie Van Dyk is mom to Ayn, the ten-year-old girl who has been in foster care since June 2011. Amie and her ex-husband Derek Hoare, have agreed that he should be the primary caregiver for their three children, who include two sons, older than Ayn. Derek has had custody and care of the trio since the parents’ marriage dissolved, at least that’s all the marital details any of us casual readers need to know. What is of importance to us if we care to understand the dynamic of this situation is that two of three children are autistic. One of them is Ayn. As it pertains to visitation with the children and other arrangements concerning them, Aime and Derek have a sensible relationship and understanding.

It was during the summer of 2011 that Ayn was playing in the back yard of the home in which Derek and the three siblings lived, that Ayn wandered off. Ayn is a lovely girl, playful, affectionate, and in some regards challenging. Derek who learned how to communicate tranquilly with her, always met the challenges capably. But a healthy father-daughter relationship does not eliminate a child’s curiosity, and on a June afternoon, Ayn decided to explore the neighbourhood.  When Derek noticed that she had scaled the high fence and left the fairly secure yard, he searched and couldn’t find her. Anxious about this, he called for police assistance, and three hours later Ayn was located in a neighbour’s yard just a couple of homes away. The reunion was joyful but also short-lived. Within a couple of days, MCFD showed up as two social workers with a voluntary surrender of custody form that Derek could sign, or they would simply remove the child without his permission. MCFD conducted that seizure at Ayn’s school one day.

Initial observation of the girl’s treatment following that removal, was then, and is now questionable to many, appalling to others. For some weeks the child carried a photo of her daddy, wanting him, missing him, wondering where he was and when he would come for her. And in the early weeks she was given medications, anti-psychotic drugs, a host of them was Derek’s informed allegation. Professionals may handle the aggressive episodes of an autistic girl that way. A loving parent predisposed to non-doping but rather communicative interventions, did not. That’s a brief history of the basic information. A volume of emotions goes along with the history.

DID CHRISTY CLARK READ MY LETTER? PROBABLY NOT!

This is the letter I sent to Christy Clark's office over one year ago. Numerous other advocates did the same. Ayn Van Dyk is still in foster care under direction of the Ministry of Children and Family Development. There is a possibility of her being returned to her daddy this year. It's an awful punishment for an autistic girl for wandering from her back yard, and a terrible penalty to impose on a dad for not seeing her leave. She was found 3 hours later.

A COMPUTER SYSTEM IS NOT MCFD's ONLY PROBLEM


A Colossal Failure - That's the System that Manages
Child Protection in B.C.

Today I am featuring a blog remark by Ray Ferris who is responding to a Victoria Times Colonist article written by Lindsay Kines and entitled Children's watchdog says computer system for social workers a “colossal failure,” dated January 25, 2013.  Hers is a copyrighted piece so Ms. Kines credited remarks are seen in red. Ray’s are seen in blue.
The article is subtitled, MARY ELLEN TURPEL-LAFOND, THE REPRESENTATIVE FOR CHILDREN AND FAMILIES, SAYS A DEEPER LOOK AT THE PROVINCE'S INTEGRATED CASE MANAGEMENT SYSTEM IS NEEDED.

“We’re in deep trouble,” she said. “This is a deeply serious problem,” were the words of Representative for Children and Youth Mary Ellen Turpel-Lafond, in response to a consultant’s report released by the province on Thursday, which confirms her warning from a year ago that the $182-million integrate case management system is woefully deficient and inefficient.
Read more »
Posted by Ron at 7:31 AM 2 comments:

A blogger and social activist with the pen name Papa Inbc has written the following invitation to all advocates for policy and operational change to the Provincial ministry known as the Ministry of Children and Family Development. He wrote this in a public forum, the Facebook page known as ‘Help Bring LittleAutistic Girl Back to her Daddy.’
Papa has his own advocacy online voice called PAPA (People Assisting Parents Association). with many stirring accounts and unapologetic criticism of current MCFD practice. And now, please read the invitation to participate in a protest that is coming soon.


After one and one half years, Ayn Van Dyk, 10 year old daughter of Amie Van Dyk and Derek Hoare was permitted to have a day with her mom in her mom’s home. This is a significant advance and perhaps, a step in the road to return which has already been intimated to Derek and Amie by the Ministry of Children and Family Development. That day occurred yesterday, Wednesday, January 16, 2013. Amie wrote about her delight on The Facebook Page dedicatedto Ayn’s return to the care of her father. Her father has been the primary caregiver ever since Amie and Derek split up some years ago. Amie respects Derek’s care of Ayn and is in full agreement that his home is where Ayn needs to be.

CAN YOU SPELL INJUSTICE?

Ayn Van Dyk will be coming home.
Her father Derek Hoare has told us that.
At some point in their family history, Derek and Ayn's mother Amie decided that Ayn would have her mother's surname. That's neither here nor there but it dismisses a question some people have.

The Ministry of Children in BC have not specified a date for Ayn's return, but from all reports it will entail a graduated reintroduction. My next paragraph speaks to that.

What I perceive is a psychiatry-informed caution to re-introduce Ayn slowly and safely to this drastic change from foster care to biological parent care, so the inconsistency is ludicrously apparent ... the same MCFD didn't care or didn't think it traumatic to Ayn, to yank her out of school and to take her away from her dad and mom and brothers and familiar home, into a sterile hospital environment with strangers and dumb her down with medication and finally into a foster home where she has been for 1.5 years already. Can you spell S-T-U-P-I-D and I-N-J-U-S-T-I-C-E
Posted by Ron at 6:31 AM No comments: