SOCIAL SPENDING MUST BE MORE ACCOUNTABLE 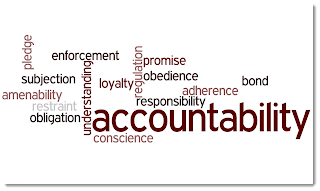 We have come to expect that all neighbourhood and family problems can and should be addressed by social programs and social funds. Millions of dollars are poured into thousands of programs in British Columbia annually. Does that money make a difference? We do not know? People assume that it does but no exact measurement of outcomes is done. The default answer from officials is that it’s impossible to evaluate the impact of the investments. But wouldn’t responsible governance insist on gathering such evidence? How many of the children seized by the MCFD last year are better off outside their biological family life? If the money directed into foster parenting had been targeted to the improvement of biological families, how much more benefit would have been achieved? If increased effort was made to assist biological parents rather than take their children, how many millions of dollars would have been saved by avoiding court and legal expenses?
Would you believe it if you were told that social programs do not make a difference except to the thousands of administrators and social workers who are employed to deliver them? What would you say to our government if evidence revealed that most of the money thrown into social programs and departments is wasted money?

Our BC Liberal government is deficit budgeting and is in difficulty. So it becomes publicly obvious that the government is cash-strapped and public funding has been exhausted, and the government admits that it must spend money more judiciously. But how can it do that unless it has data upon which to build wise choices. That is precisely what is needed now, for a government to be credible and discriminating and modest so that it willingly receives evidence to guide its decisions. Some social critics call this evidence-based funding. The problematic concern in B.C. is that the necessary data to make good decisions does not exist. I am not talking about self-serving reports made by Ministers of departments like the Ministry of Children and Family Development. I am speaking about objective, verifiable data based on authentic assessments of outcomes. Without those, we do not know what we are doing.

Then of course there is the niggling circumstance that the BC Liberal government cannot face changing its social spending. Cuts to programs instantly evoke hostility which the unpopular Liberals cannot afford. Every Ministry has been heir to an inheritance of programs that require funding. Hence, the reality is that the government is structured to spend money rather than get results. It does not measure outcomes. It only measures amounts. The government processes data in order to preserve the amounts.

I wonder whether there can ever be a resolve within the Liberal camp to austerely evaluate social programs so that only those that truly succeed receive money. I have no way of knowing whether NDP can do this.

(I have a proviso, no more like a confession. I used numerous ideas for this piece from an article by Margaret Wente, touted columnist for the Globe and Mail, but I felt that I had interpreted the ideas sufficiently to avoid plagiarism. I didn't credit her. Then today I learned that an expose blog has released the credibility destroying claim with examples that over several years, Margaret has written  articles which borrowed substantially from other writers without giving credit or reference. Wente defends herself and yet Globe and Mail has taken undisclosed action with the writer to insure this doesn't happen again. I will be more careful too even tho a blogger is not bound by as high a standard as a salaried news journalist. The truth of it is Ms. Wente did not plagiarize but failed to place quotations marks around some text. Censures against her are overreaction. I am not feeling very remorseful about what I did either.)
Posted by Ron at 4:43 AM

I encourage your comments using this filter.
1. Write politely with a sincere statement, valid question, justifiable comment.
2. Engage with the blog post or a previous comment whether you agree or disagree.
3. Avoid hate, profanity, name calling, character attack, slander and threats, particularly when using specific names.
4. Do not advertise